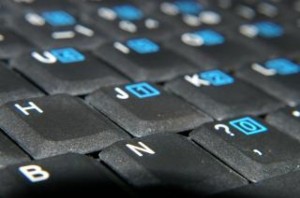 Why you should format your stage play and how-to…

OK, so you’ll have seen that there are 100s of slightly different ways you can lay out your script. Or, maybe you haven’t bothered to lay it out at all. Or check spelling and punctuation…

When your script gets to the theatre or the competition, it won’t go directly into the hands of a director or the judging panel. It will go into a pile that the literary manager or a team of readers will read. These readers will then filter out the ones they don’t like, so your script may never get past the first reader.

Readers are normally volunteers, reading 20 or more plays a week, probably on the train/tube/bus on the way home. They will write a script report of a couple of paragraphs upwards, and recommend whether the script should be looked at by the literary manager.

I read for a London fringe theatre for 6 months – and in all that time, there were only a couple that I recommended for further investigation. What I constantly did do was make notes about bad spelling and layout.

The only way your script is getting to the literary manager and then the director and then maybe into development or production, is if the reader recommends it. So your best bet is to make the reader happy…

You need to make the reader happy, by giving them an easy read.

1) So, the reader probably has at least 20 scripts to read. The first thing they will do is flick thorough the scripts they have and any that are in an odd format – will be read last (maybe when the reader is really tired, and in a bit of a mood.) This will disadvantage your script.

3) So, if your script looks like a mess, and there are typos, characters’ name spelled differently, lack of punctuation, then you can assume that the person reading it will give it short shrift. The reader is not getting paid to be your editor. In fact the reader is probably not getting paid at all. If your script is brilliant, don’t hide it under a load of typos and bad punctuation.

4) Your script should be as long as the theatre/competition has asked for. When formatted correctly one page of script equates to roughly one to one and a half minutes of acting time (depending on how dialogue heavy) – this means that the reader can quickly assess whether your play will fit into the allotted timeslot. If it doesn’t the reader/theatre won’t cut it for you.

5) Of course there are exceptions. One story I was told by a literary manager, was about a first time playwright who delivered a script that was 300 pages long in a box. That box went under the desk of a reader, who took it home, forgot about it, when they left the theatre, they gave the box back unread. The new literary manager read it, thought it was an amazing idea and bought the writer in for a chat, and got the writer to rewrite the play to an hour and a half.

But do you want to chance your luck? This is a rare scenario.  Have you won the lottery recently?

Each theatre has their own different standard, every course has their own different standard. You can find advice online on many sites. I personally don’t like the script format that the BBC Writersroom suggests, (as it makes the stage directions take up too much room), also writing formatting programmes such as CELTX or Final Draft seem to be a lot of hassle for little time saved, and seem to be highly tailored towards movie scripts, although some writers I know love them.

Check whether the theatre or competition you are sending your play to has a suggested formatting. I format my scripts the way I was advised by a playwright who had worked with the Royal Court, but her way is different than others I have come across.  This is just the way I do them, but it’s fairly standard (here’s an example).

Format: Whatever formatting advice you follow: you should keep it to fontsize 12pt, I prefer Times, (not Arial or Courier, but it’s up to you.)

And include a title page with your name and contact details (unless otherwise specified).

And on each page – a header with title of play and your name (unless the competition wants it to be anonymous) and put page numbers at the bottom.

The stage directions should be in italics (some writers do them in brackets too,) and are sometimes tabbed in a bit and sometimes run across. Whichever you choose, you should be consistent.

Get someone else to read it – not to comment – just to underline any bits that don’t make sense that you might have missed.

Be professional. Write to the correct length. If a competition asks for a play of no more than 5 minutes, then don’t send a play with the subtitle ‘a 10-minute play’. Chances are, it won’t even be read.